Farmers & vets have their say 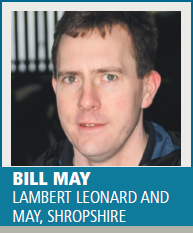 Alongside mastitis and lameness, fertility represents a perennial challenge for all dairy farmers and is an area where massive amounts of performance (which can easily be turned into pounds) can be lost.

While the link between milk fever and poor fertility performance may not be at the forefront of most producers’ minds, understanding the relationship between the two, and what can be done to minimise the threat of milk fever, can have a real and positive impact on fertility.

Bill May of Lambert Leonard and May in Shropshire says while a single clinical case of milk fever may cost around £200, the full impact of subclinical or clinical hypocalcaemia (milk fever) on health and fertility performance is more significant – see chart. END_OF_DOCUMENT_TOKEN_TO_BE_REPLACED 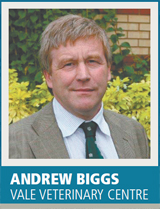 Full blown clinical milk fever is a very obvious syndrome which everyone can identify in freshly calved cows, and experts claim it has an incidence rate of around 5-10%. However, as with many production diseases, clinical cases are often the tip of the iceberg indicating a more deepseated imbalance within dry cows in the herd, and perhaps more specifically, transition cows.

The prevalence of sub-clinical hypocalcaemia (milk fever where the blood calcium is low but the cow is not clinically affected) in the transition cow is effectively unknown. Worryingly, one study in 2006 found that 47% of all cows in their second lactation or greater had varying degrees of sub-clinical milk fever which, in some cases, was severe enough to alter physiological and immune functions1. END_OF_DOCUMENT_TOKEN_TO_BE_REPLACED 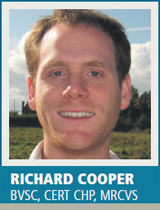 Over the next four months we will be looking at milk fever in more detail and examining the impact it can have on animal health and productivity. Here, in the first of the four articles, Richard Cooper, a veterinary surgeon from the Evidence Based Veterinary Consultancy, examines some of the popular misconceptions about this very costly, yet preventable disease.

There are very few farms which can claim they have never seen a case of milk fever (hypocalcaemia). While clinical cases of milk fever are the ones we tend to remember, from a cost and health perspective these only represent ‘the tip of the iceberg’. Subclinical milk fever is an extremely common finding on farms and the losses it brings in terms of production, reduced fertility and other metabolic disease should not be underestimated. END_OF_DOCUMENT_TOKEN_TO_BE_REPLACED 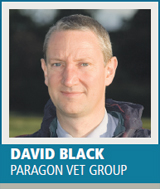 Hypocalcaemia is the most important nutritional disorder affecting dairy cows and can be controlled by good transition cow management and nutrition.

However, clinical milk fever is reported to affect 4-9% of UK dairy cows and this is only the tip of the iceberg1. Studies show the subclinical form could affect as many as 39% of dairy cows2.

Factors which put a cow at risk of milk fever include:

END_OF_DOCUMENT_TOKEN_TO_BE_REPLACED

While the Milk Watch farmers have their hands full with calving, Boehringer takes a look at what to look out for when managing autumn calvers.

It has been a strange season on Huddlestone Farm, near Steyning, West Sussex, where Milk Watch farmer Tim Gue has just completed his fourth cut of silage. END_OF_DOCUMENT_TOKEN_TO_BE_REPLACED

It would be wonderful to think that the dairy industry has moved on from milk fever, relegating it to a minor health concern that affects few cows. But, that doesn’t seem to be the case. Milk fever, or hypocalcemia, continues to clinically affect up to 6 percent of U.S. dairy cows at a cost of about $300 per case despite improved END_OF_DOCUMENT_TOKEN_TO_BE_REPLACED

As autumn approaches and the grass growth declines it is time to think about the cows that are approaching calving. These animals can often be forgotten during the summer months and taken for granted as the nights draw in, even though the calving period is the most risky time for cattle. END_OF_DOCUMENT_TOKEN_TO_BE_REPLACED

Milk fever is an economically important but underestimated disease by dairy producers.While dry cow management is important in preventing the disease more could be done. END_OF_DOCUMENT_TOKEN_TO_BE_REPLACED
BOVIKALC® AND BOVIKALC® DRY ARE AVAILABLE FROM YOUR VETERINARY SURGEON